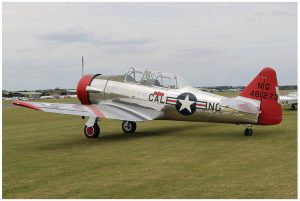 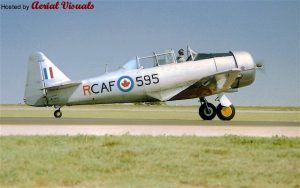 1997 – 3rd October – Crashed.
The accident occurred at the Midland International Airport (MAF) Midland, TX, United States while landing. The damage was substantial. During the landing roll of a formation flight of four North American T-6 aeroplanes, the lead aircraft, N13595, intended to clear the runway to the left at taxiway Mike instead of at the end of the runway. The pilot of the lead aircraft reported that he looked back to the left to check for the location of the #2 aircraft, N3195G…
For a complete description of the event read the NTSB Report. 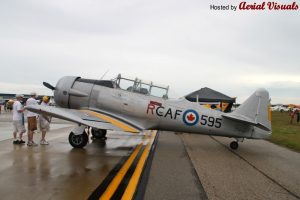 Credits
Data for airframe dossiers come from various sources. The following were used to compile this dossier…