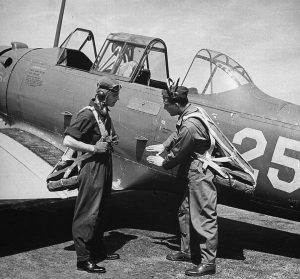 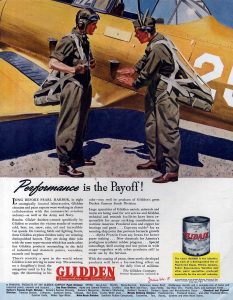 A student and instructor with a USAAC BT-9 at Randolph Field, Texas. The colours are off in the ad, as the fuselage should be blue. It is definitely a BT-9, not a BT-14. The square windscreen shape and the engine scoops/vents are dead giveaways that it’s a BT-9. I believe some BT-9’s had the fuselage fabric (at least the removable section) metalized later on in life to help with wear Shane Clayton. Originally, this BT-9 should have been Blue, not yellow.

BT-9A – Armed BT-9 with one cowl gun and one rear flexible gun, and modified canopy. 40 built.

BT-9B – Minor changes from BT-9, unarmed. 117 built. 1 modified as sole BT-9D, modified as a prototype for BT-14 with new outer wing panels and other alterations.

BT-9D – One prototype only, Intermediate step in the development of the BT-14. 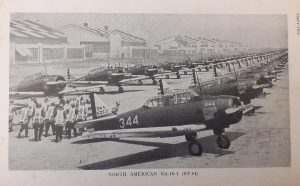 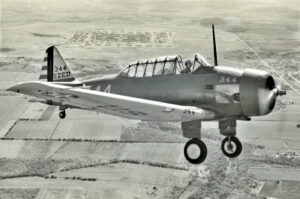 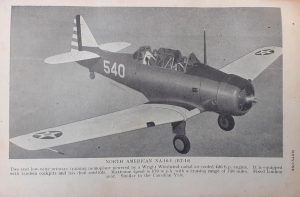 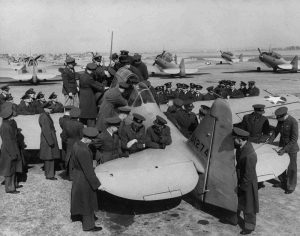