In 1952, the US Navy trialled a number of different colour schemes for their SNJs. Although the majority were then painted yellow, red was first given as an alternative. In June 1952, 12 SNJs of No.1 Basic Training Unit at Barin Field adopted the new colours as seen here. After the trials were concluded in December, all trainers, including the new T-28s had to be painted overall yellow. (Martin Pengelly) 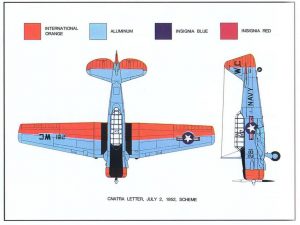 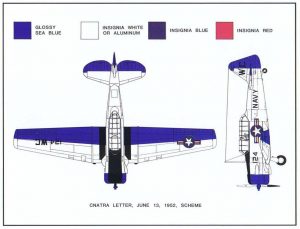 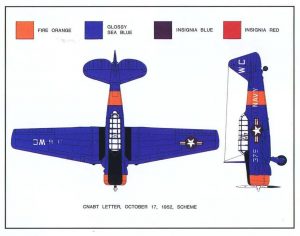 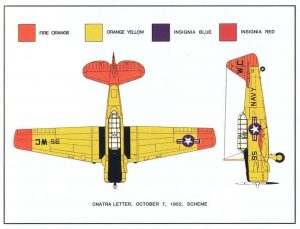 SNJ-1
Similar to Harvard I but with BC-1 wing center section, metal-covered fuselage and late T-6 type wing, 16 built. An early SNJ-1 at NAS Pensacola. Note the original form of the tail. 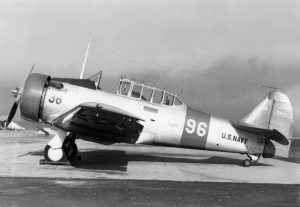 SNJ-2
Same as SNJ-1 but with a R-1340-56 engine and changes to carborettor and oil cooler scoops, 61 built.
SNJ-3
Same as AT-6A, 270 built and 296 transferred from USAAC.
SNJ-3C
SNJ-3 converted as deck landing trainers with tailhook arrester gear, twelve modified. The SNJ-3C/-4C/-5C versions had an arrestor hook for carrier landings. 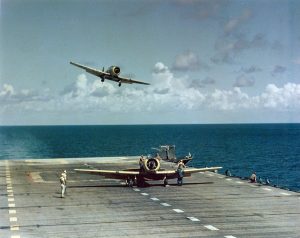 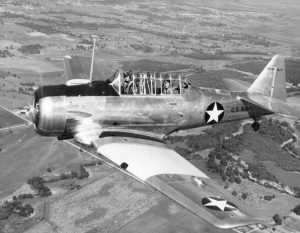 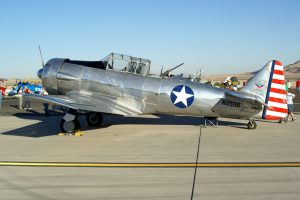 SNJ-7
Early models modified to T-6G standards in 1952.
SNJ-7B
An armed variant of the SNJ-7. G-BRVG Based in the UK and owned by David Gilmour of Pink Floyd – Go to the BRVG History page