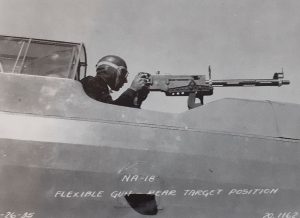 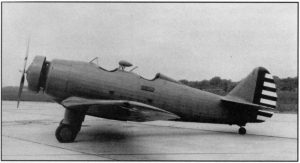 Variants could have an open cockpit (the prototype and the NA-22) or be under a glass greenhouse that covered both cockpits. On some variants, the canopy’s rear could be opened for a gunner to fire to the rear. A variety of air-cooled radial engines, including the Wright Whirlwind, Pratt & Whitney Wasp and Pratt & Whitney Wasp Junior of varying horsepowers, could be installed depending on customer preferences. The fuselage was built up from steel tubes and normally fabric covered; however, later versions were provided with aluminium monocoque structures. HARVARD NA-26 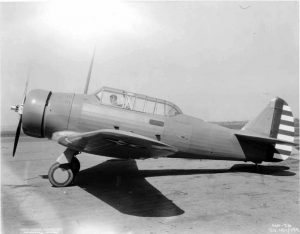 One-armed demonstrator and the first variant with a retractable undercarriage, eventually sold to RCAF, who modified it with Yale and Harvard parts.
powered by Pratt & Whitney R-1340 Wasp

In 1937, the North American NA-26 prototype won a competition for a basic combat trainer for the USAAC, and, in due course, it went into production as the BC-1. Little could North American Aviation know how famous and numerous its new trainer would become, with demand for it spurred on by the urgent needs of WW2. The aircraft was produced in several versions, and it flew with many arms, with production continuing long after WW2. The metal-framed BC-1 had a metal skin on the wings and tail unit, fabric-covered control surfaces and mainly fabric-covered fuselage. There was a Pratt and Whitney R-1340 9 cylinder Wasp radial upfront and an inwardly retracting undercarriage. 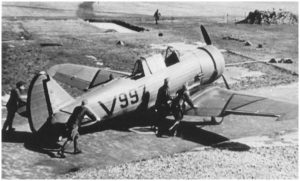 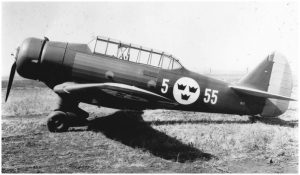 The NA-44 was a one-off prototype that was the first with a metal-skinned rear fuselage. Powered by a 750hp Wright R-1820 (!), she featured the earlier-style outer wings as seen on the BT-9, NA-57/NA-64 & Harvard Mk I, and featured a ‘wet wing’ fuel tank for the centre section. She went to South American for a sales tour, targeting countries looking for cheap attack aircraft. The sales tour led to orders from Brazil and Chile, although those examples were R-1340 powered. 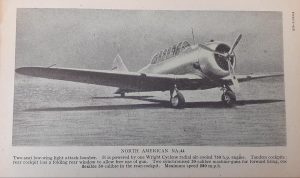 In 1940, the NA-44 (and the NA-26 – the prototype retractable gear NA-16 variant) was acquired by the RCAF and given the RCAF serial number 3344. She served the war at RCAF Station Trenton and was known to engage in dogfights with Hurricanes on occasion (and won!), hence the blue/red paint job. After the war, she was slated to be sold off. However, she disappeared before the buyer could collect her at Trenton. Shane Clayton. 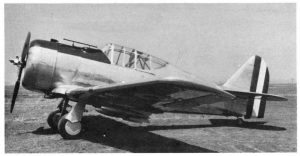 North American Aviation then started producing the BT-14, with a steel fuselage and a more powerful Wright R-985 450hp (336kW) engine. 251 were built for the USAAC, and several planes were sold to foreign countries like France, which bought 230 NA-57s. When the armistice was signed with Germany at the end of France’s Campaign in June 1940, 119 planes that had not been delivered yet were delivered to Canada and the UK and renamed Yale I. On June 25th 1940, a handful of aircraft managed to escape to south-eastern France (especially to Hyères), but a dozen have to be abandoned because of the German progress. 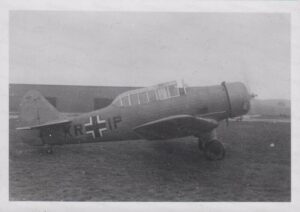 The NA-64 P-2 was built for the French Armée de l’Air and Aéronavale in 1939–1940, which ordered 200 and 30 respectively. Of these, 111 had been delivered before France surrendered to the Germans after the Battle of France. The NAA-64s (57s) captured from the French were used by the German Luftwaffe for all types of flight training, from basic flying to advanced fighter tactics. Dive bomber schools and target tug units, and even combat squadrons all used the NAA-64, as they were designated by the Luftwaffe, from the French examples’ tail markings. The Zirkus Rosarius used at least once to familiarize German aircrew with American aircraft’s handling before they evaluated captured aircraft. 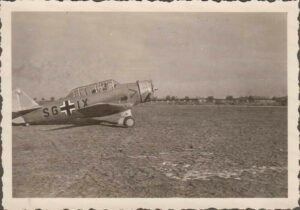 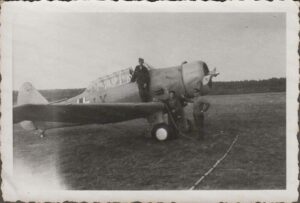 The remaining 119 undelivered aircraft were bought up by the British Purchasing Commission and transferred to the Royal Canadian Air Force(RCAF) for the British Commonwealth Air Training Plan between August and September 1940. All were operational in November.

The type was named the Yale Mk. I following British naming practice of naming trainers after education institutions and US-supplied aircraft after American locations, in this case, Yale University, and were used initially as intermediate pilot trainers taking pilots from the de Havilland Tiger Moth and Fleet Finch to the much faster and more complex North American Harvard, until this category was dispensed with as being unnecessary. 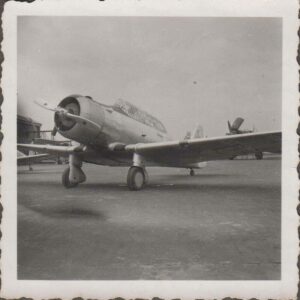 They were then relegated for use as airborne wireless radio trainers and the contemporary Fleet Fort intermediate trainer in 1943. Before service entry, the throttle and engine mixture controls were modified from the French system whereby the throttle was pulled back to increase power, and the mixture control pulled back to lean out the mixture to the system used on the Harvard.

The Yale appeared in the movie Captains of the Clouds. The RCAF sold all surviving examples off as scrap in 1946. Still, over 30 survive today due to a large number of them being bought surplus by a single farmer, with about 15 currently in airworthy condition. 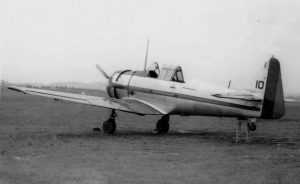