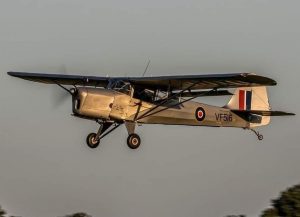 Fly in our genuine Korean war veteran: We are pleased to announce the arrival of our Korean war veteran AOP 6 Auster aircraft. We now offer introductory flights in the iconic Auster from our base at Fowlmere or Peterborough.

This aircraft was famous for its slow flight to allow artillery spotters in the aircraft to spot the impact of artillery shells and direct fire to artillery ground units. This actual Auster did see active service in Korea in the 1950s. We have photos of it below to show it in action dropping special forces soldiers by parachute, and other photos of it on operations with 1913 flight that flew over 9000 missions between them!

If you want an introductory flight in this iconic aircraft, click and book below! 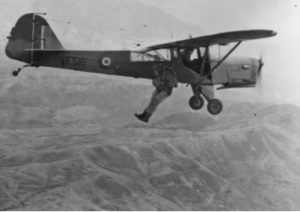 Right: VF516 dropping a special forces soldier in Korea during the Korean war

1913 Flight’s six pilots were from the Glider Pilot Regiment and flew Auster Mark 6’s. In January 1952, they were also provided with a US Army Cessna L-19A ‘Bird Dog’; in November of that year, they were given an Auster Mark 7. The Cessna was acquired to ferry around VIPs, especially Major General James Cassels of the GOC Commonwealth Division, who is said to have sworn never to fly in an Auster again after he was involved in a crash landing. The Cessna was used by the 1913 Flight as their VIP transport for the rest of their time in Korea. 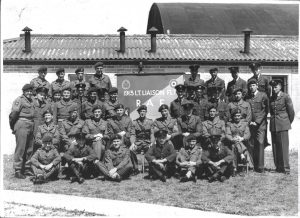 Throughout the course of both Flights’ operations, UN air superiority was maintained.  Despite this, both Flights suffered personnel losses as two pilots and two groundcrews were killed. Anti-aircraft fire and artillery shells were the cause of two of these casualties. Two further pilots and a rear observer were shot down and captured. The Commander of 1903 Flight, Major Wilfred Harris MC, was also killed on 2 June 1953, when a damaged American F-84 Thunderjet crashed onto the Fort George airstrip and hit his jeep. There were several occasions where US aircraft crashed on the airstrip, as it was conveniently located for them to use as an emergency strip. 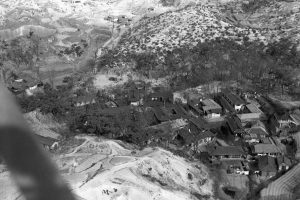 Nearly two years after the 1903 Flight began operations in Korea, a ceasefire was agreed between both sides. After this came into effect, the role of 1903 Flight became focused on visual reconnaissance. Some sorties were carried out over the Demilitarised Zone and the Chinese lines. Both flights remained in Korea for another eighteen months and over the course of the following year they were still carrying out photographic sorties and practice artillery shoots, as well as patrolling the Demilitarised Zone. 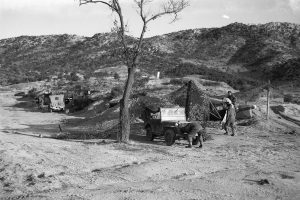 In January 1955, both flights returned to the UK. The role played by the two Flights was crucial to the campaign’s success. Throughout the war, the 1903 Flight carried out almost 3,000 Air OP sorties, whilst 1913 Flight carried out around 9,000. Their valuable contribution can be seen through a large number of gallantry awards received compared to their size. These include a Distinguished Service Order and a number of Distinguished Flying Crosses.