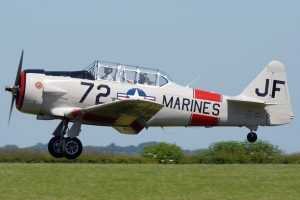 22 February 1989 – Crashed.
There was one minor injury. The accident occurred at the Compton Airport Compton, CA, United States while taking off. The damage was substantial. At the beginning of a local pleasure flight, just after takeoff, the engine experienced a loss of power. Wires were struck during a forced landing on a residential street. Inspection of the engine revealed that the number five cylinder was cracked in two parts… For a complete description of the event read the NTSB Report.