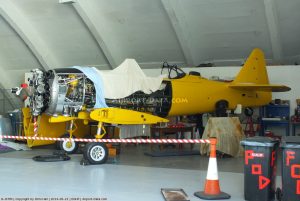 Below Ian (Harvard Pilot and engineer) Shows Andy Goodall around G-CHYN Harvard 4, before a flight in November 2019 at Dunkeswell. The flight sortie was around 40 mins and included aero demonstrations – Cubans, loops, rolls and barrel rolls. 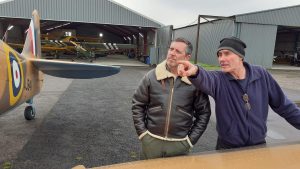 Below Martin Pengelly Harvard Historian and Ian Jones (Owner operator of the NA 64 YALE) prepare G-CHYN for flight, pulling the prop through. 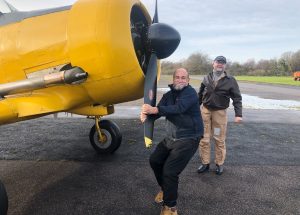 Below Andy Goodall get familiar with the cockpit of G-CHYN. The cockpit of this Harvard 4 is almost identical to G-BJST, the Wacky Wabbit. Even though both Harvards are Mk4 it’s very unusual that almost all of the switches are in the same place! Andy is ready for his first flight in G-CHYN. This is Andys 5th Harvard flown 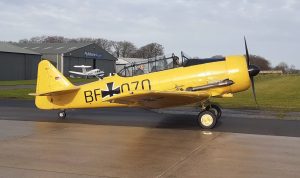 Martin Pengelly gets his ride finally in G-CHYN 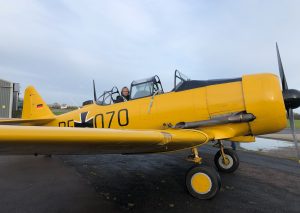