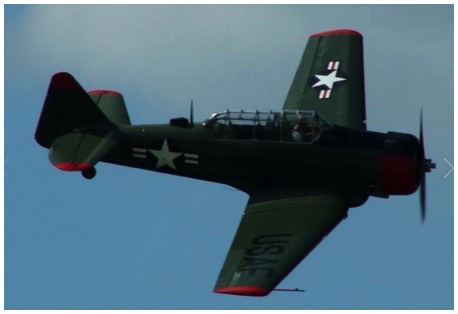 The paint scheme of this aircraft represents a T6G as flown in Korea by the 64th TCGP in August 1950. All markings, numbers etc are as originally worn during its service with the U.S.A.F. In this guise, T6’s were used in the Korean war for forward air control and target marking. They were armed with phosphor rockets and machine guns, although the guns were removed later in the campaign as the pilots spent too much time shooting up targets rather than marking them for others to destroy!

G-BGHU in her Portuguese Air Force Colours as PoAF 1707. 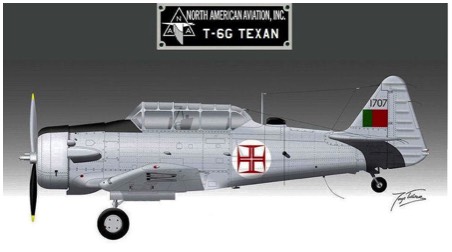 It was stationed at AB.3 Negage and AB.4 Henrique de Carvalho in Angola. It returned to BA.7 Aveiro, Portugal before wfu in 1978.

All ex-French T-6G and all ex-German Harvard 4 were COIN. (Counter Insurgency) The only series never armed in Portugal were SNJ-4 and the MDAP T-6G

All information on the Portuguese history was obtained by Joao M. Vidal A former pilot of 1707

Supply T6 just landed with. The fuel jumped to the hood of the engine. The Mechanic was evacuated with severe burns. 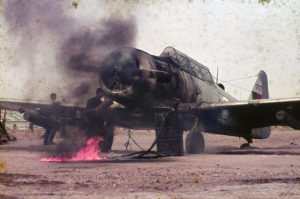 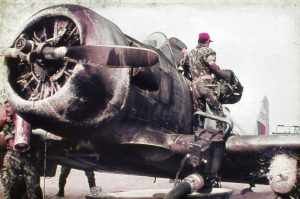 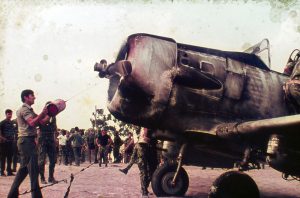 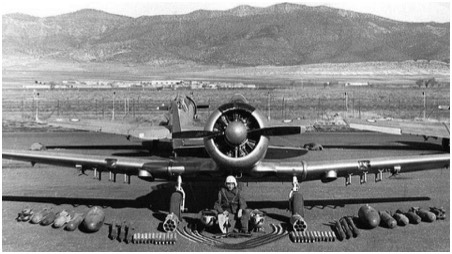 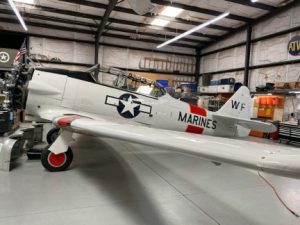 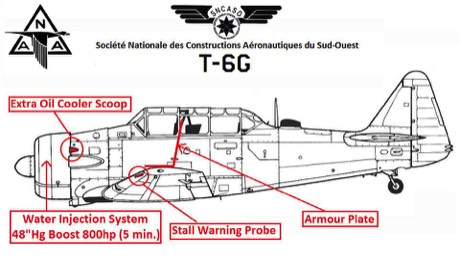 The French upgrade happened before joining the PoAF. This upgrade consisted of a Water injection system to the P&W R-1340-AN1 increasing the power from the standard 600hp @36” Boost to 800hp @48” Boost limited to 5 minutes continuous.
– Extra oil cooler – Stall warning system – Armour plate protection for the pilot – Weapons ensemble

They were reverted back to the standard T-6G when in service with the PoAF, however, the extra scoop was never removed 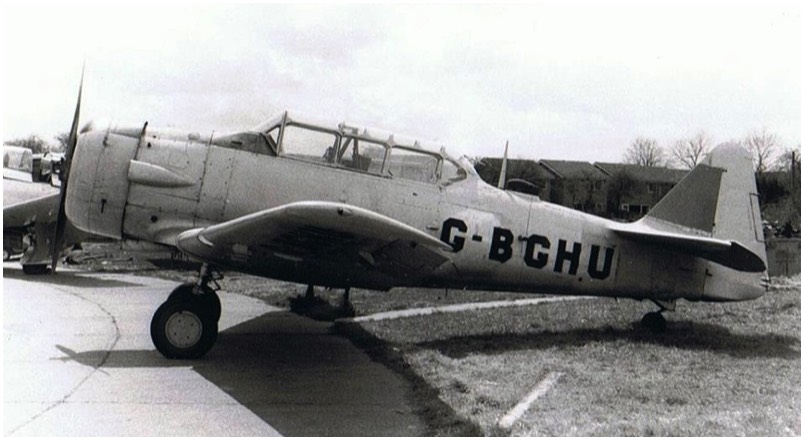