I was recently invited back for the annual air show at the M.S.Ö. Air and Space Museum (Turkish: M.S.Ö. Hava ve Uzay Müzesi), located at Sivrihisar Aviation Center, Eskişehir, Turkey. Oh boy, was I going to be in for a surprise! I want to write a series of posts about this adventure, as just one post would not do this epic experience justice! 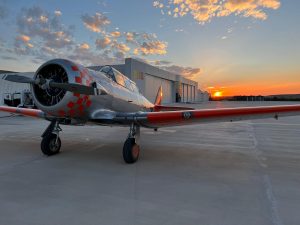 I have been attending M.S.Ö. Air and Space Museum Annual Airshow and flying the T6 Texan since 2019, a considerable privilege. The only break I have had from this Airshow was during the covid pandemic. However, I have attended other smaller air shows such as İnönü, the Turkish republic day celebrations and other local events at the museum.

This year’s invitation, however, was extraordinary. We were invited to perform initially at the Izmir Airshow on the West coast of Turkey before the usual main event at the museum. I wasn’t sure what the event in Izmir would consist of; all I knew was that it involved a cross-country flight of around 216 miles over mountains at about 7000 feet AMSL above the vast open landscape to land at the military airbase at Kaklıç (LTFA).

I was also told that in Izmir a Turkish rock star called Tarkan would be performing a free concert on the coast so, naturally, I was in! This guy is massive in Turkey and loved by all, young and old!

(Just as a bit of background information, the M.S.Ö. Air and Space Museum. The museum is located at Sivrihisar Aviation Center, Eskişehir, Turkey. The museum is open every day except Mondays, and admission to the museum is free. 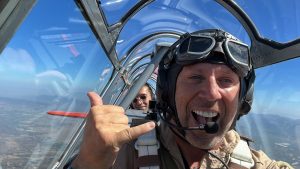 As we had a flight plan, the trip went exceptionally well as we were handed over on the radio to various air traffic services along the way. Flying over the mountains on a blue-sky day and looking down at the landscape was something I won’t forget! Gabriel was flying the P-51 and was cruising at around 250 plus knots IAS, while I was flying at a more leisurely pace at about 140 knots IAS. Interestingly on the way there, I had a decent tailwind. However, I was about 40 minutes later than Gabriel when I arrived at Kaklıç (LTFA) airfield 🙂 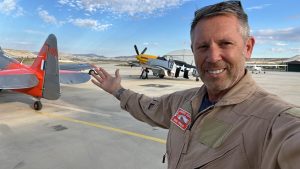 On landing at Kaklıç, I was greeted by the “Follow Me” truck and taxied to our stand for the remaining few days preceding the air show. During our stay on the airfield, we were warmly greeted by the Turkish pilots, many of whom were former captains with Turkish and Pegasus airlines.