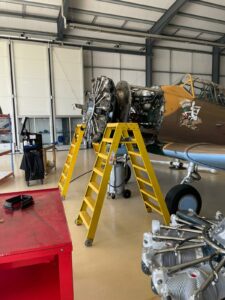 I shall add to this as the engine is installed, so it’s an ongoing blog:

The R-1340 Radial: Classified as a top-secret design when it was developed in the 1920s, the R-1340 engine is still as much of a modern marvel today as it was almost 100 years ago, making it one of the aviation industry’s modern marvels.

The end of an era:  Finally, the time has come to change the wonderful Covington R1340 radial on the Wacky Wabbit Harvard 4 G-BJST, which has been a part of her since we purchased her in 2010. Although, on a personal note, I’m sorry to see this engine go, as it’s really just a teenager and not quite an adult yet!

It has bedded itself beautifully over the past 1100 hours which has instilled confidence in its reliability with all that have flown in her, pilot and passenger alike. I have personally sat behind this engine for over 400 hours. I have had great faith in its reliability and robustness, having worked G-BJST hard on very demanding airshow routines over the past 10 years. Most of my flights have only been 20 mins maximum, so I have personally flown over 1000 individual sorties without so much as a cough from this engine. The engine has started perfectly on the fourth blade every time with 5 primes from cold and only two when warm as the Ts and Ps settle and stabilise quickly.

So why change it? 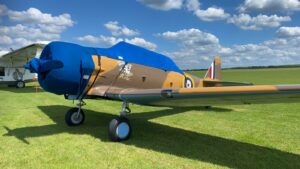 Right: The Wabbit so resplendent in her new Cambai covers freshly re weatherproofed and refurbished 6th June 2021.

As a company T6 Harvard Ltd, we have operated this engine perfectly as the condition shows after 1100 hours of hard operation. So what’s the secret? I would say the secret is that we operate it exactly how the book tells you to operate it!

As we begin the engine change, It has to be noted that the compression on the soon to be replaced engine was 80/80, the same as a new engine, and our dare I say, “old” engine hardly used any oil. However, the CAA and the powers that state that as we operate on the public transport register on a Certificate of Airworthiness, we must change the engine at 1000 hours as a Company that does Trial lessons. Curious why the CAA chose that number of hours. P&W never published a TBO for the R-1340, and the closest I’ve seen to a TBO official document is in RCAF EO-05-55A-7A, where they recommend the engine be replaced 1400 hours. But that’s another story to be discussed later on! The CAA was generous enough to extend the engine to 1100. It is such an ‘Honest’ and well-maintained engine with excellent documentation and serviced on the correct hours by the highly reputable “Aircraft Restoration Company” ARCo Duxford England. We were lucky, I guess, to get an extension to the engine as it was so well maintained and in such great condition from 1000 to 1100 hours. 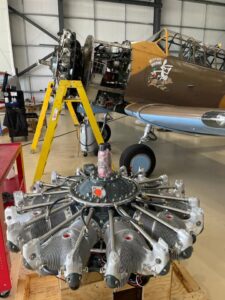 Which engine to purchase and where from:

We had plenty of options to choose from, and the two top names kept on coming up were Covington engines and Tulsa engines, both refurbished in the USA; both have fantastic reputations, so I was torn between the two; however, ARCo our Continuing Airworthiness Management Organisation (CAMO) gave me the solution to the problem as they had a Zero timed Covington engine sat in a crate on the shelf… So, lucky for us, we negotiated a great deal with ARCo, and the rest shall be history!

When purchasing or exchanging a Radial engine in the UK, the biggest problem is purchasing what is a relatively cheap engine (Compared to a Merlin and actually comparative to a Gypsy Major) back to the UK from the USA. Once you have put the engine in a suitable crate in the USA, insured it and sent it to the UK, the buyer in the UK would get hit with the unknown import duty and other stealth, British taxes, which would now turn the purchase into a very costly engine! So there’s a good opening in the UK for a radial engine shop that can recondition these engines to the highest standards whilst remaining competitively priced.

Having been involved with the “Wacky Wabbit” Harvard since 2010 when we had a syndicate of four, I followed the maintenance closely; however, when the syndicate reduced to just the two of us, I knew that on the next engine change, there would be parts that would need to be replaced when we installed the new engine and only the two of us to bear the brunt of the cost. It seemed false economy to ignore parts that were almost at the end of life that would ultimately need changing in the future. So 12 months before the engine change, I started to collect parts. I purchased NOS Engine Baffles, the back end exhaust system, Magneto cooling tubes, and the hoses remade ready for installation. The total cost of all of these parts in 2021 cost around £5000; however, I knew that all the weak links that may go wrong in the future had been addressed when we installed the engine.

The Wabbit arrives at ARCo:

On the 6th June 2021 D-Day, the wabbit had a very successful day at Old Warden, which was the last day flying on the old engine. We had almost timed it to perfection as the Wabbit arrived back at Duxford with only 2.5 hours left on the engine until it hit the 1100 hours. As it was a shame to lose the last 2.5 hours, we managed to fly an hour off before parking it at ARCo for the evening.

As you can see ARC0 have been busy removing the beloved old R1340 Radial, so now comes the job of removing all the parts off the old engine and fitting them to the new engine along with all the new replacement parts. As you can see all the pictures below were taken on the same day! ARCo managed to remove the old engine and refit all the necessary parts to the new engine and for the engine onto the Wabbit all in one day! Impressive work chaps! Now the guys have to remake and fit all the hoses etc 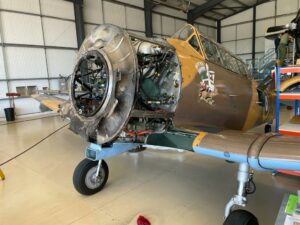 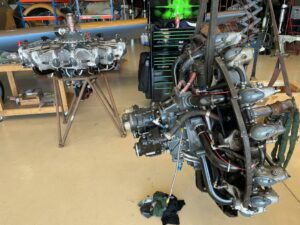 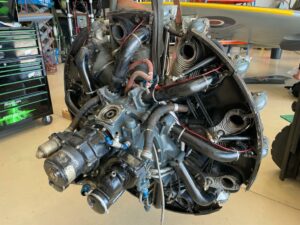 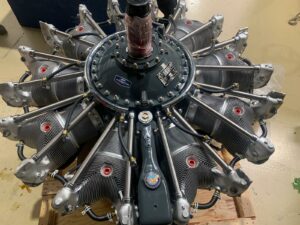 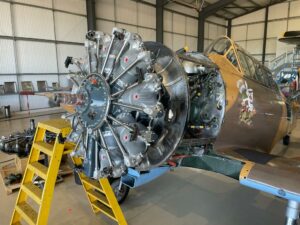 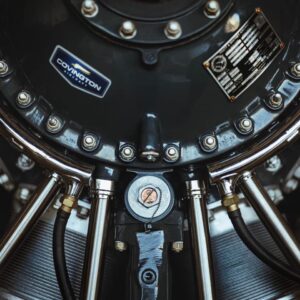 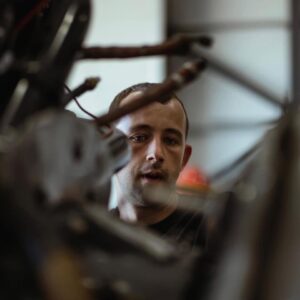 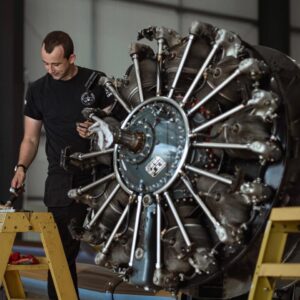 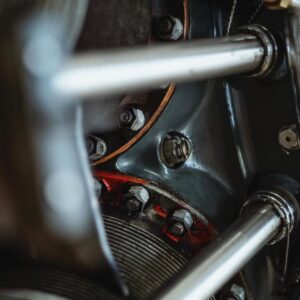 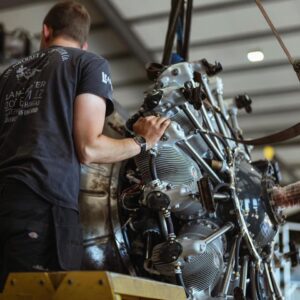 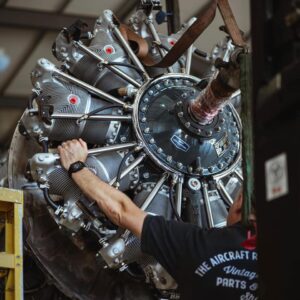 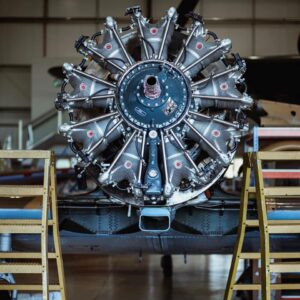 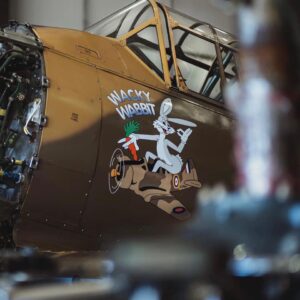 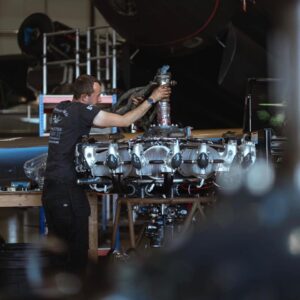 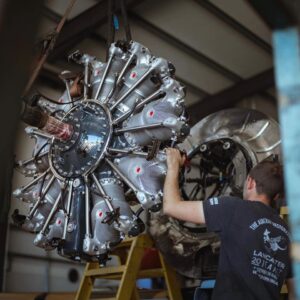