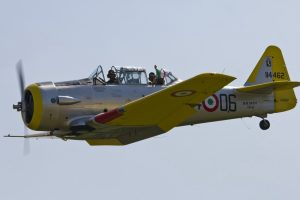 After operating for about a year on Stallings basis, Kinston, North Carolina, was sold by the USAF, on behalf of MDAP (Mutual Defense Assistance Program), to A.M.I. assuming the MM 54101.

Over the years, the aircraft has been reported with the codes AA-40 (Flight Training Center of the Aeronautical Academy), RM-11 (1st Air Region), RB-11 (3rd Air Region) and finally set aside at the Bari airport in 1976, before being alienated. Subsequently recovered in a theme park of Recanati as “scrap”, in January 1999 began the long and demanding restoration, which ended in December 2003 and on July 31, 2004 the first flight took place after a good 25 years of oblivion. 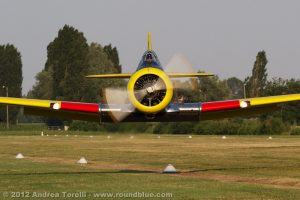