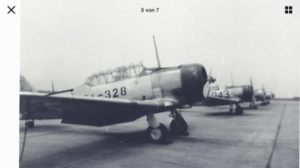 Above – Vintage Pictures of the Aircraft back in 1948 taken in Chanute AFB, Illinois, modified from AT-6D to T-6D. 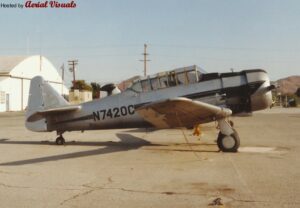 This article was updated on 24th January 2022 with new information supplied from the current owner Thomas Raith.

The Aircraft was restored by my good Friend Ralf Kaldenbach( Co-Owner) and me between September 2005 and November 2017 back to its Original Condition as it was in the early 50 ‘. The first flight was in December 2017.

The new Homebase is now in Donauwörth/ Genderkingen Airfield (EDMQ) in southern Germany. Where it’s sitting in our Hangar next to a Stearman and Pilatus P3. 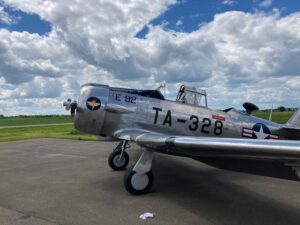 The Aircraft has never been restored, and nothing has been changed or modified until we acquired it.

Underneath, we found all original USAF Markings and used the exact Location for the Restoration. 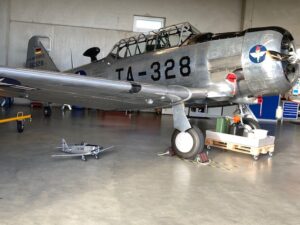 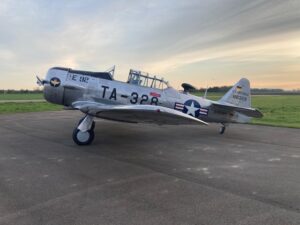 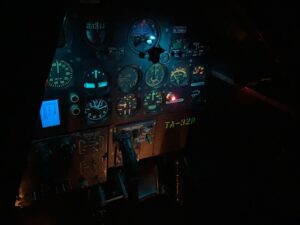