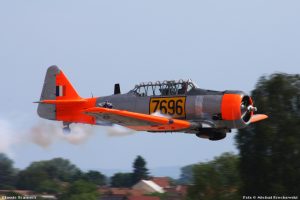 Accepted by USAAF in Dallas on MAY 23 1943 as AT-6C-15-NT with ASAAF S/N 42-44038. Served for pilot training in Corpus Christy Texas until returned to factory on May 5 1951. Upgraded to AT-6D standard and sold to South Africa in 1953. The SAAF converted the airplane to the Harvard Mk.IIa standard. The 7696 was fitted by advanced avionics package during “Operation Ice Cream” in May 1984. 7696 Served with SAAF until 1994 in different places like Durban, Dunnottar. The aircraft has been reported as one of finest SAAF ships and used mostly by instructors for their training. 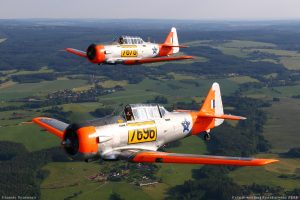 2012 sold to Czech republic. The aircraft has been flown from Montrose, CO to Rockford, IL shipped to Hamburg and flown to Pilsen. Based in Plzen, Line airport as a part of Classic Trainers Hangar 3 Museum – www.classictrainers.cz. 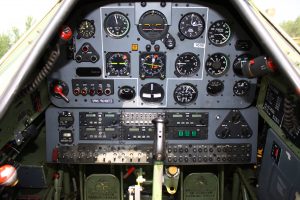 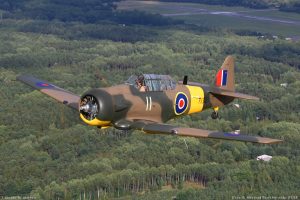