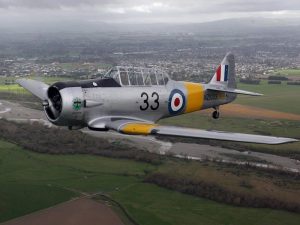 North American AT-6C Harvard, RNZAF Serial Number NZ1033, started life when it first flew in the United States on 3 February 1943. Harvard 33 was ordered by the Royal Air Force and then allocated to the Royal New Zealand Air Force as part of the Empire Training Scheme. Harvard 33 first flew in New Zealand on 7 May 1943 and went on to have a career training pilots for the Pacific during World War Two and beyond.

Harvard 33 has been in the custody of the New Zealand Sport and Vintage Aviation Society (now known as the Wairarapa Flying Tigers) since the early 80s, after having been donated to the Society by its then-owner (and World War Two Fighter Pilot), retired Air Commodore Stan Quill.

Harvard 33 is a very original example and was withdrawn from service in 2006, requiring restoration work to regain its Airworthiness. We hope that you can help us with the considerable costs of restoration. 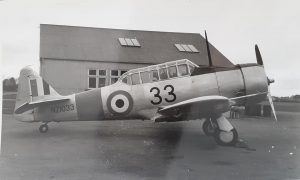 Wairarapa Flying Tigers is a dedicated group of volunteers determined to maintain and exhibit vintage and historical aviation for future generations. It is critically important we can retain and pass on the skills needed to not only fly these aircraft, but to maintain them, or this will be lost for the future. This is the only way we can continue to preserve this important piece of New Zealand’s heritage and to display and interact with the public.

Information from – Restoration of Harvard 33