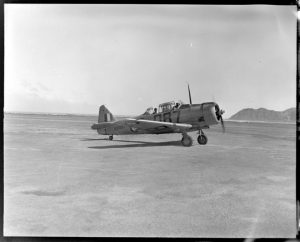 Converted to INST213 with No.4 TTS Woodbourne June 1977.
To Wigram October 1981 for display at RNZAF Museum Wigram.

The aircraft arrived at the Museum in complete condition from Woodbourne and was ground run to inhibit the engine.
Dispayed initially as NZ1087 it was later repainted as NZ948.
Prior to being placed in the new Museum building the engine and propellor were removed and replaced with static examples.