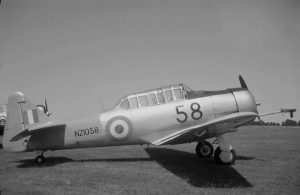 Previously EX865. From RAF/FAA lend-lease allocations.
Shipped to New Zealand on “Cape Florida” in September 1943 and assembled at Hobsonville.
BOC 06 October 1943.
Thirteenth Mk III to be converted to Mk 3* between May and November 1957.
Force landed at Darfield in April 1975 which resulted in internal damage to centre section which was uneconomical to repair.
Presented to Ferrymead Aviation Society, Christchurch late 1976.
On display at Ferrymead Museum, Christchurch, New Zealand, after rebuild to static condition incorporating parts from NZ1080.

The North American Harvard (also known as the T6 Texan or SNJ) is a single engine training aircraft developed in the United States in the 1930’s. Over 15,000 of this very successful all-metal aircraft were built up until the 1950’s, and used as trainers in a large number of countries during World War II and for many years afterwards.

The RNZAF operated 202 Harvards, which arrived in NZ between 1941 and 1944. Harvards operated as trainers, communications aircraft and as Forward Air Control (FAC) for ground forces. The last of the Harvards were retired from the RNZAF in 1977, a number of which are still airworthy in New Zealand.

The Ferrymead Aeronautical Society’s Harvard is primarily composed of parts from NZ1058. 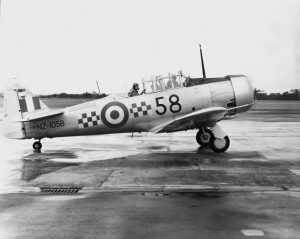 NZ1058 (88-16081, RAF serial EX865) was built for the RAF/Fleet Air Arm. She arrived in NZ in September 1943 on board the “Cape Florida”, and was brought on charge by the RNZAF on 6 October 1943. She had a chequered career with the RNZAF, including at least two landing incidents.

The last of these followed an engine failure in April 1975 near Leeston, and resulted in damage to the centre section that was considered uneconomical to repair. The aircraft was presented to the Society in 1976, and has been largely restored using some components from NZ1080. 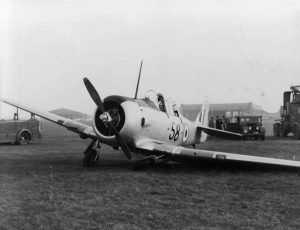 She crashed and was destroyed in the Rakaia River during a low-level training sortie on 11 August 1973. Sadly, acting Pilot Officer Antony Schmidt was killed in this accident, and instructor Flight Lieutenant John Woolford suffered serious injuries. The RNZAF allowed some components of this airframe to be used in the restoration of NZ1058. 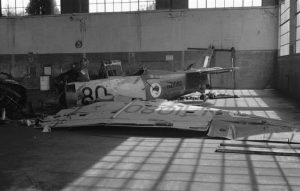 Restoration of NZ1058 is ongoing in the Society’s workshops. Any donations of money to help complete this project would be gratefully received. 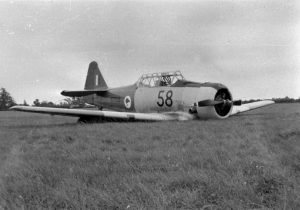