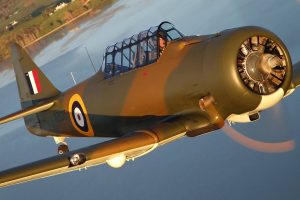 Previously EX193. From RAF/FAA lend-lease allocations.
Shipped to New Zealand on “Waiotapu” in September 1942 and assembled at Hobsonville.
BOC 22 September 1942.
With No.2 FOTU, Ohakea late 1944.
With No.3 (TAF) Squadron 21 December 1950-03 September 1954.
Sixth Mk IIA to be converted to Mk 2A* between August 1954 and May 1957.
In storage Wigram 1973.
Reactivated with Flying Training Wing, Wigram 1974.
Flown Woodbourne to Wigram 31 July 1979 for use by RNZAF Historic Flight.
Airworthy and flying in New Zealand with RNZAF Historic Flight, Wigram.

Today marks the 75th Birthday of our Central Flying School Historic Flight Harvard NZ1015. This aircraft has been in continuous operation since 1942. To mark this event we will be conducting a three-ship Harvard formation flypast of Palmerston North, Feilding, Marton and Wanganui (in that order) between 2.30-3.30pm. This will be led by NZ1015, with the other aircraft being ex-RNZAF Harvards kindly donated by their civilian owners FLTLT Rex Brereton (Harvard NZ1076) and Mr Brett Nicholls (Harvard NZ1065). Royal New Zealand Air Force 21 September 2017 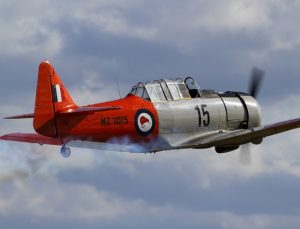 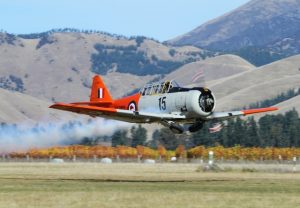 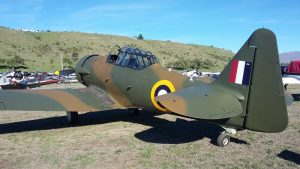 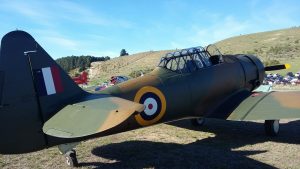